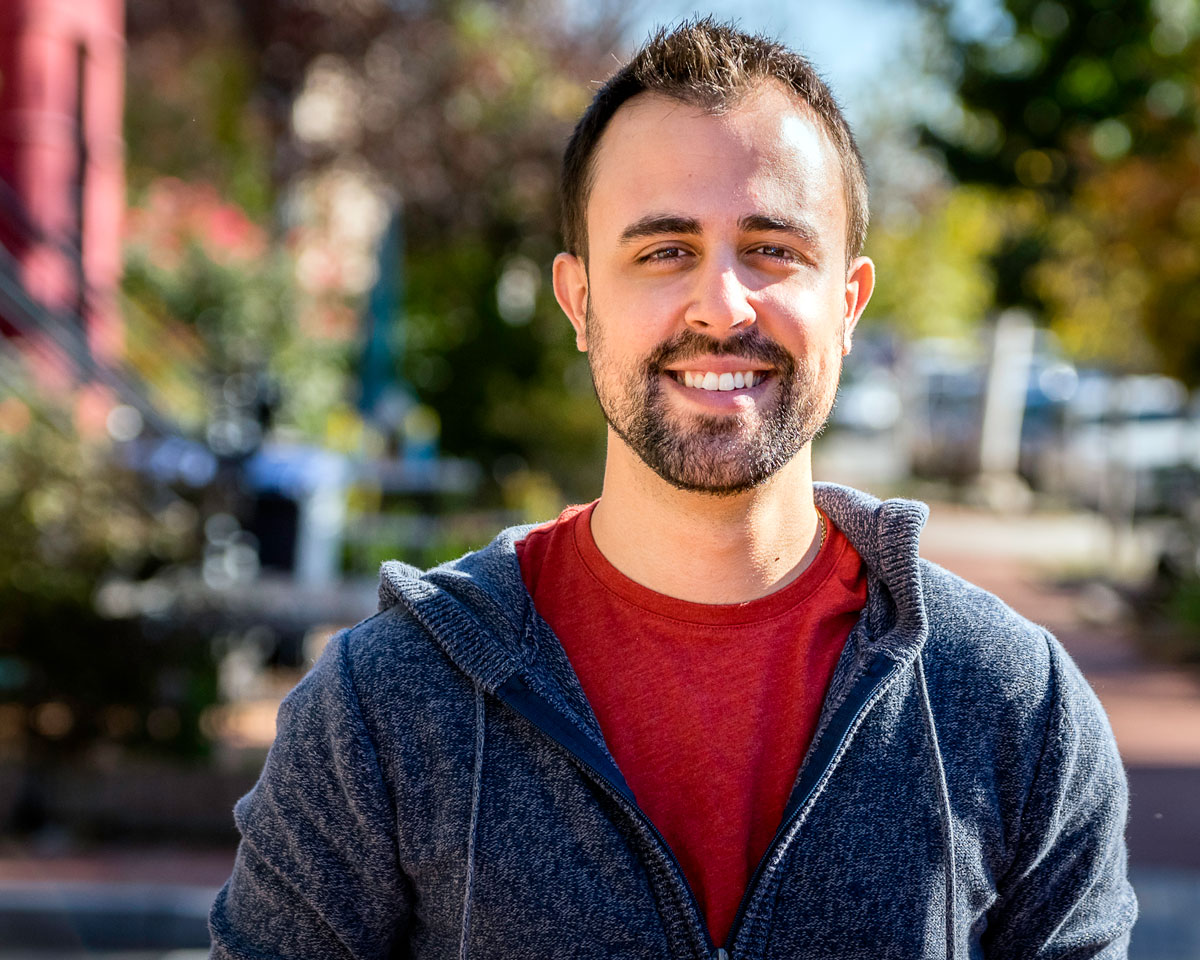 Alex Albisu is a Northern Virginia native currently residing in Centreville. He’s married to his high school sweetheart, Deanna, and they have a daughter, Aria, and two dogs, Baylee and Finn. Alex got his start at podcasting with a show called the Geek:30 Happy Hour, where he talked about two of his favorite things: geeky news topics and local craft beer. The show concluded in June of 2017 and was met with great review and participation from its community.

When he found out he was going to be a father, he started a podcast called The Dad Chronicle. The show started out as simply a small documentary to share the story and perspective of his journey towards fatherhood, however it was very well received with request for more content. So much that he decided to keep it going after Aria’s birth. He now uses the platform to tell stories of fatherhood and provide support for other dads out there. Alex’s two main shows that he produces today are The Dad Chronicle and Joystick & Mouse, which is his new video game news and review podcast. He hosts Joystick & Mouse in conjunction with a couple other members of The Tadpool and has featured many fathers from the Tadpool on his show, The Dad Chronicle.

When Alex isn’t podcasting, he works full-time in the IT and Customer Experience industry. He enjoys spending time with his wife and daughter, playing video games, and learning new musical instruments. Alex has been playing guitar since he was very young, and was a founding member of a local Northern Virginia cover band called Little League Champs, in which he was the lead singer and guitarist, until he and Deanna decided to start a family.