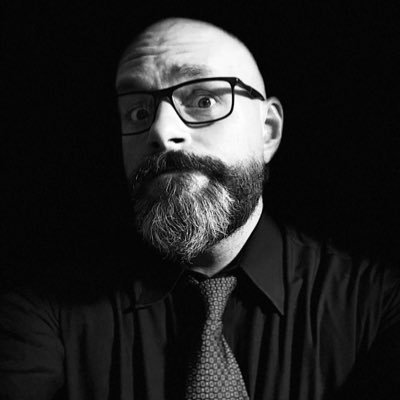 I’m Bill, I’m a husband to an awesome wife, a father to three amazing children, and I’m a giant nerd that loves technology and video games. I’m a podcaster and Twitch streamer, if you’re here you probably already know that.

Podcasting is something that I’ve always wanted to do, my hero was Robin Williams as Adrian Cronauer in “Good Morning Vietnam”, and I would spend hours as a kid pretending to be a DJ on the radio, doing impressions and playing songs. I don’t know why my mother put up with it, but she did. I discovered podcasts when I had to drive 1.5 hours every day to go to college. Listening to music on the radio would put me to sleep, but listening to podcasts I was always learning something new, and they kept me awake on the long daily drive. I always wanted to start my own podcast, but it took a long time to get the courage to do it. Now I host multiple shows, “Run Jump Stomp” a call in show about Gaming, and “Nintendo Switch Craft” a thrice weekly Nintendo news show, which was nominated for Best Gaming Podcast by the International Podcast Awards in 2018 (sadly it didn’t win) This keeps pretty busy. I don’t why my wife puts up with it, but she does!

My entire life I’ve played video games. Some of my earliest memories involve playing “Donkey Kong” at my grandmother’s bar or playing a ColecoVision on a old black and white TV, that my mother picked up at a TV repair shop second hand. When I was young I lived near a golf course and would find golf balls in the woods, (or the ones that came through our window) I sold the golf balls back to the golfers, that had lost them, until I had saved enough to buy my very own Atari 2600. My friends and I spent hours playing “River Raid” and “Joust”. It only makes sense that if I were to make a podcast it would be about video games.

I’m really excited to be part of America’s Next Top Podcaster, I’ve been a huge fan of Brian, Scott, Nicole, JURY and Tom for years! They have kept me awake and entertained on long drives, kept me motivated on the “dreadmill” or “Russian Pain Machine” (My stationary bike) and inspired me to make my own show. I can’t wait to start this process. Just being selected to participate in America’s Next Top Podcaster blows me away.