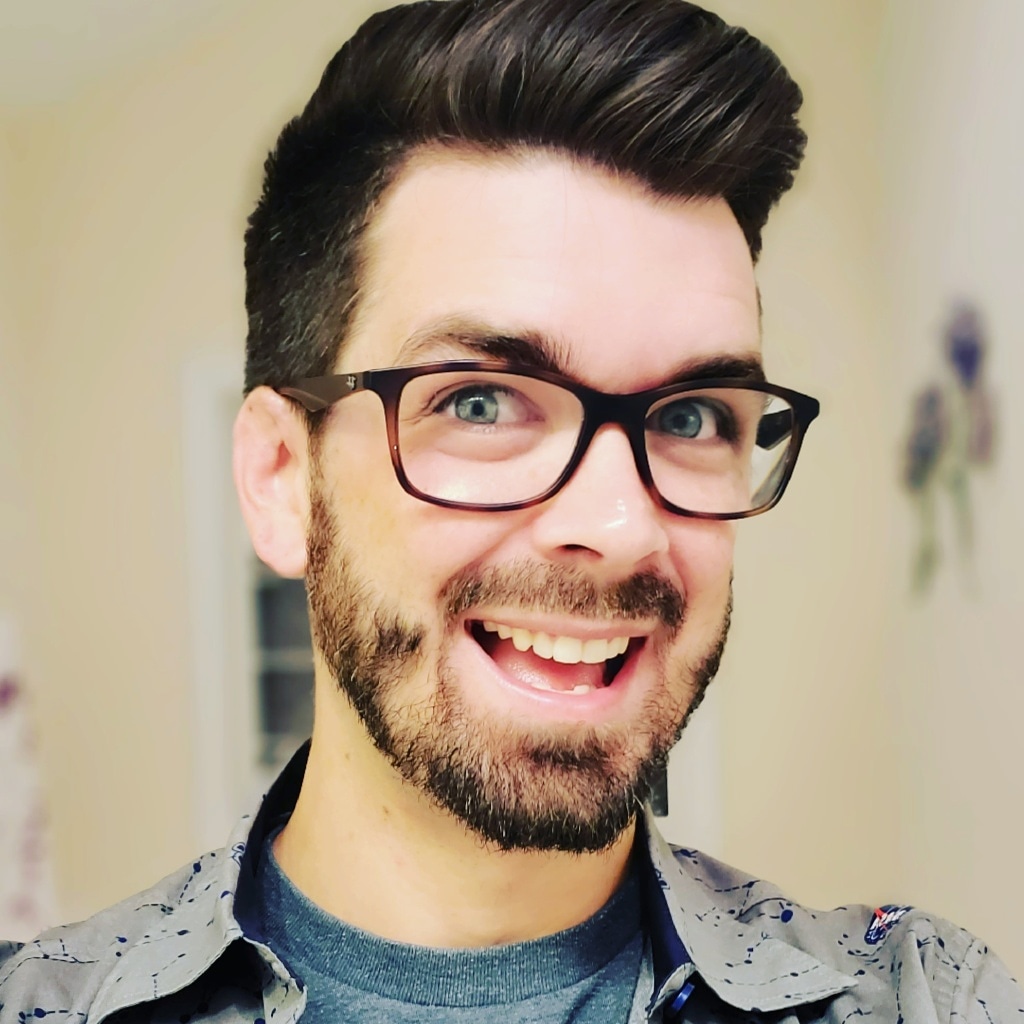 Hi, I’m Bobby Frankenberger. I’m a stay-at-home dad, a podcaster, and a small time streamer. I like to say I have a focus on tabletop gaming, but my interests are really all over the place. I’ve done shows about boardgames, the tabletop RPG Shadowrun, and Buffy the Vampire Slayer. I even have show ideas in the hopper ranging from parenting, to self-discovery and storytelling.
However, be sure not to confuse the above as “eclectic” or “adventurous” or “ambitious”… It’s definitely just indecisiveness.
Podcasting is a recently discovered love, but I’ve been interested in performing for decades. I competed in public speaking competitions and was a nerdy theater kid in high school. In college I made short films, and even wrote and starred in a short-run sitcom spoofing the buddy cop genre that premiered in a local independent movie theater! One of the greatest joys of my life is entertaining people.
I’ve wanted to be a podcaster for a long time. Over the past few years I’ve made a few attempts, but they’ve all fallen to the wayside usually because of some form of imposter syndrome. I strongly considered applying to the first season of this competition, and quickly talked myself out of it. I’m not letting that happen again. I’m ready to do the work to find my stride. I NEED this challenge to see if I’m capable of creating at this level. This is exactly the kind of thing I would never do, because I would convince myself that there are far more qualified and deserving people. Well… right now… in this moment I’m trying to kick that internal voice in the groin.
Twitter:@GMFunkytown
Back Home