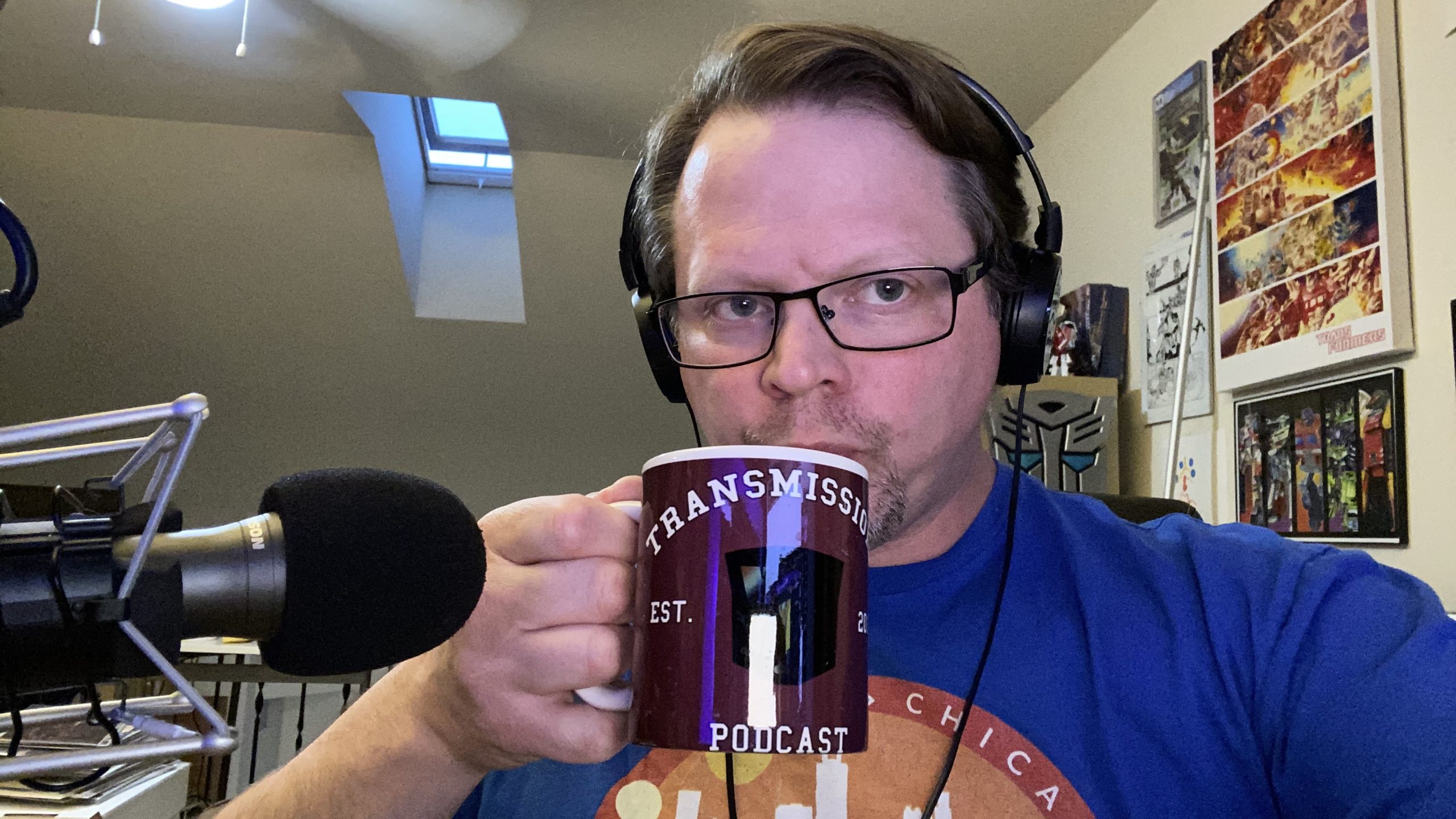 I live in Wisconsin with my wife, son, and our beagle Porthos. A child of the 80s, I have been a fan of the Transformers since I got my first Optimus Prime figure and Constructicon gift set. In the early 2000s I started a site for fans of Transformers to chat with each other that lasted for a few years and always wanted to get that sense of community again. In 2013 I put out a call on the Transformers subreddit asking for people that wanted to start a podcast. The four of us were complete strangers, but we clicked instantly and the TransMissions Podcast was born.

Podcasting has been an interesting hobby. As an introvert that was always more comfortable behind the scenes if you told the 2013 Jeremy that he would have done over 600 episodes, interviewed voice actors and comic creators, and have been on several convention panels including some solo ones, he would think you were crazy. Podcasting has done so much for my confidence, particularly in public speaking.

I am always trying to learn new things and forcing my co-hosts to try out new services or tools in an attempt to make recording sessions easier. It doesn’t always work, but I’m persistent in figuring out problems, which is why my co-hosts often say I am the “cause of, and solution to all of our technical problems.” More recently I’ll use solo show, Yakko Yaks for most of my experimenting, which I’m sure my co-hosts appreciate. I entered America’s Next Top Podcaster, not actually thinking I’d be selected, but with the hope that the things I learn from the experience would help me become a better podcaster and to pass on the knowledge to my co-hosts and others in my circle of podcasting friends.