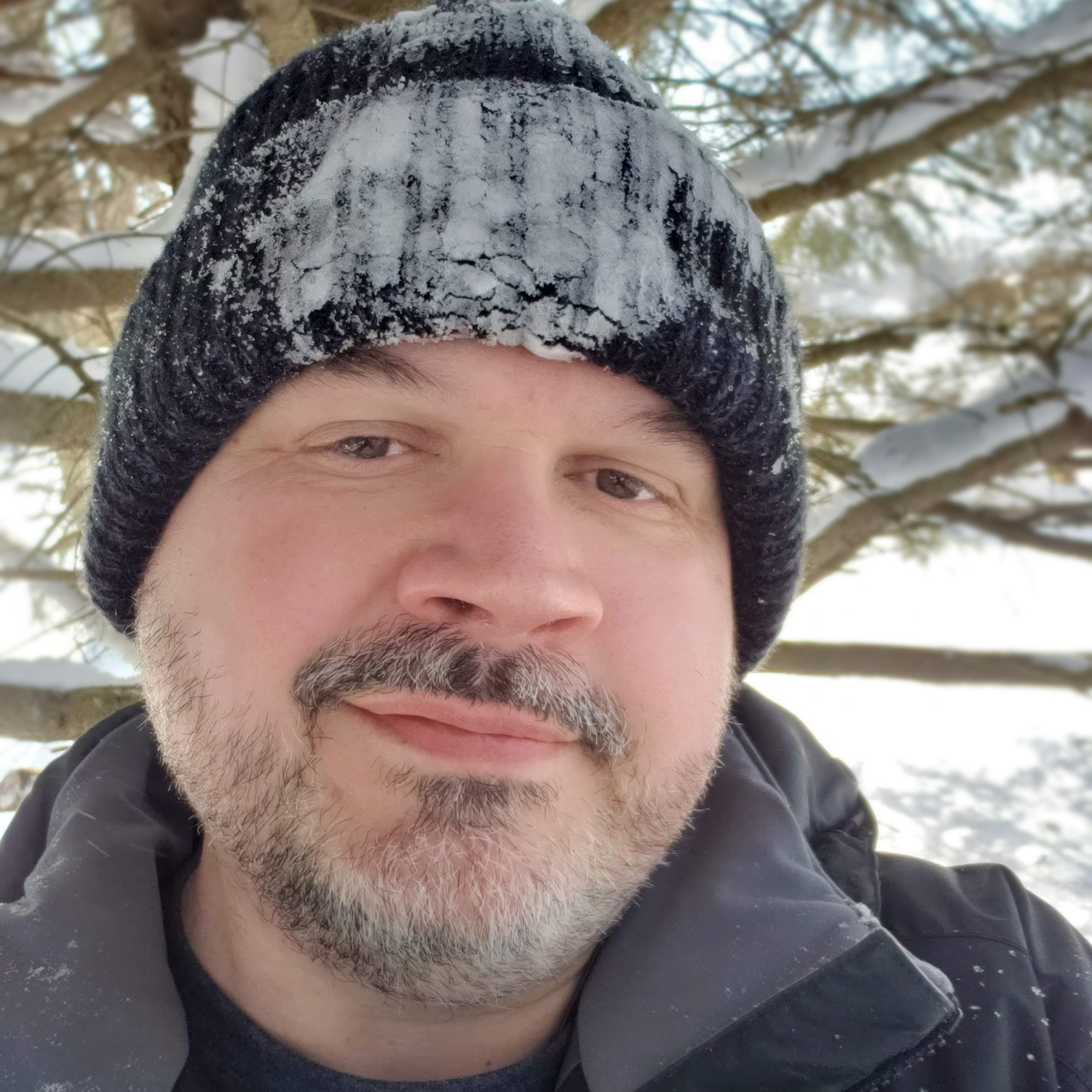 Legends say there’s a Canadian podcaster who can effortlessly make a listener quiver with laughter, convulse in hysterics, or vomit in terror. They say his mic was forged from strange metals found after the notorious incident at Falcon Lake. It’s said that his pop filter is made from the stockings of lady justice stretched over a wire coat hanger taken from Gordie Howe’s locker.

Anyway, this bio isn’t about him…this is about Ken Peleshok, also known as Kenny P because who wants to pronounce that last name?…and Kenny just sounds more friendly, less formal than Ken, don’t you think? His main podcast is the perpetually podfading Today’s Tea with Kenny P. in which, he drinks tea and…usually devolves into a nonsensical convoluted bit.

When Kenny P. isn’t podcasting, he’s usually spending time with his wife and two teenage children, his pets, or at his day job as a computer programmer.

Ken hopes to use the ANTP skills he develops to overthrow that legendary podcaster mentioned at the top of the bio and bring an end to his cruel one hundred year reign…he’s got a whole Canadian podcast-iverse thing goin’ on.